On June 8-9, 2022, the RADNEXT EU project celebrated its first year of activities and achievements with a 2-day event hosted by CERN in Geneva, Switzerland. The agenda of the event is available on Indico. Overall, 56 participants from all around Europe and representing the 39 partners joined, presented and discussed the current activities and achievements as well as the future challenges of the RADNEXT project. The event was organized thanks to the efforts of the EU office members at CERN, in particular Pablo Lopez, Cloe Levointurier-Vajda and Sabrina El Yacoubi. 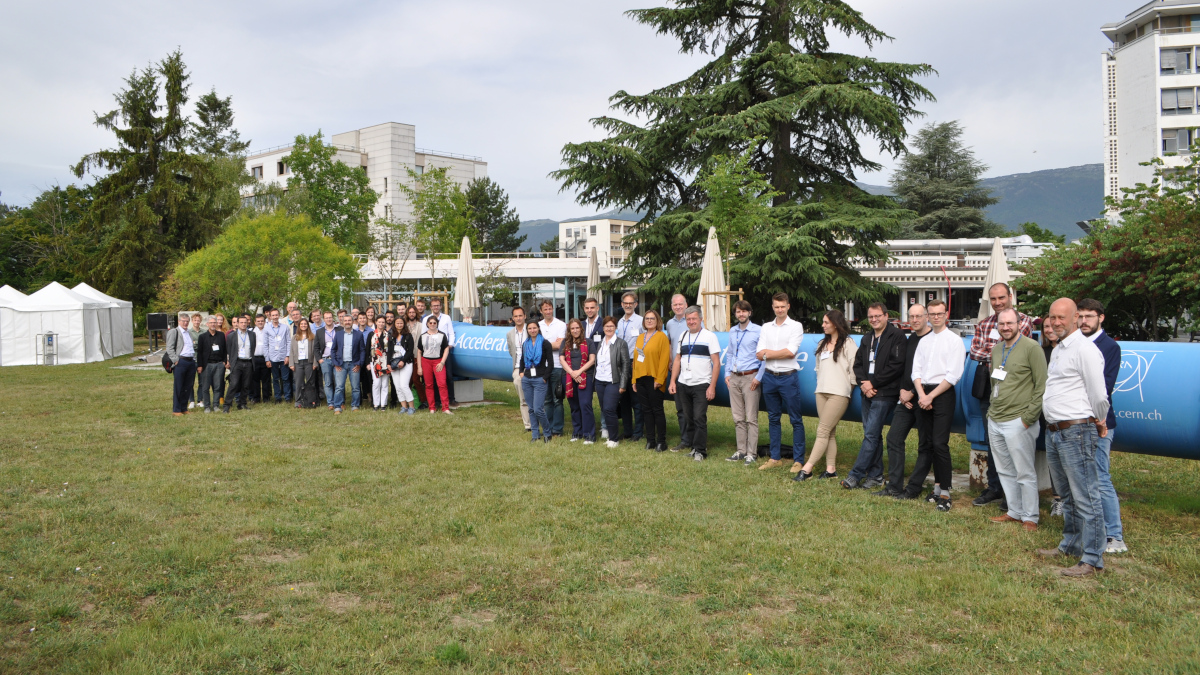 The first day was devoted to presentations from the 10 Work Packages in which the project is subdivided.

Starting with the WP1 - Management, Rubén García Alía, the project coordinator, gave some words of introduction about the main research and transnational access activities over the first year of operation of the network. Then, Viktor Varga and Sabrina El Yacoubi gave to the partners an overview about the financial reporting for the end of the first year and about the achieved and future deliverables and milestones of the project.

Concerning WP2 - Communication, dissemination, exploitation and training, Ennio Capria provided an overview of the main events over which RADNEXT was promoted, in particular through the industrial event G-RAD(NEXT) as well as on the foreseen training activities envisaged and the current industrial exploitation plan. Ygor Aguiar gave an overview of the social media interactions that RADNEXT has produced and Dávid Lucsányi provided an overview about the status of the RADNEXT network website.

WP3 - Transnational access management and harmonization saw Salvatore Fiore providing a complete overview of the TA activities that were achieved during the first 4 calls for proposals in 2021 and 2022. Overall, 109 proposals were submitted with 59 being accepted and 20 having been fully completed. Then, Blerina Gkotse illustrated the features of the brand new RADNEXT proposal submission portal that will allow a lean and efficient management of the proposals, as it did as of call #4.

WP4 - Roadmap and pre-design of future irradiation facilities saw Salvatore Danzeca presenting the plan about the activities foreseen as well as the work needed to complete the deliverables planned for the end of the year.

Then, the 4 Joint Research Activities WPs presented their work.

WP5 - Radiation monitors, dosimeters and beam characterization saw Sylvain Girard summarizing the tasks and presenting the PhD students involved in the various tasks of the WP. Later, Vanessa Wyrwoll presented the studies that have been performed at University of Oldenburg concerning the use of detector arrays for the characterization of ion beams.

Before moving on with JRA WPs, Pablo García Tello from the CERN EU office also gave a talk about The RADNEXT Community: First Thoughts about the future. During this talk, Pablo explained which are the types of programs available within the European Commission to ensure that the continuity to the RADNEXT project beyond its current end in 2025. 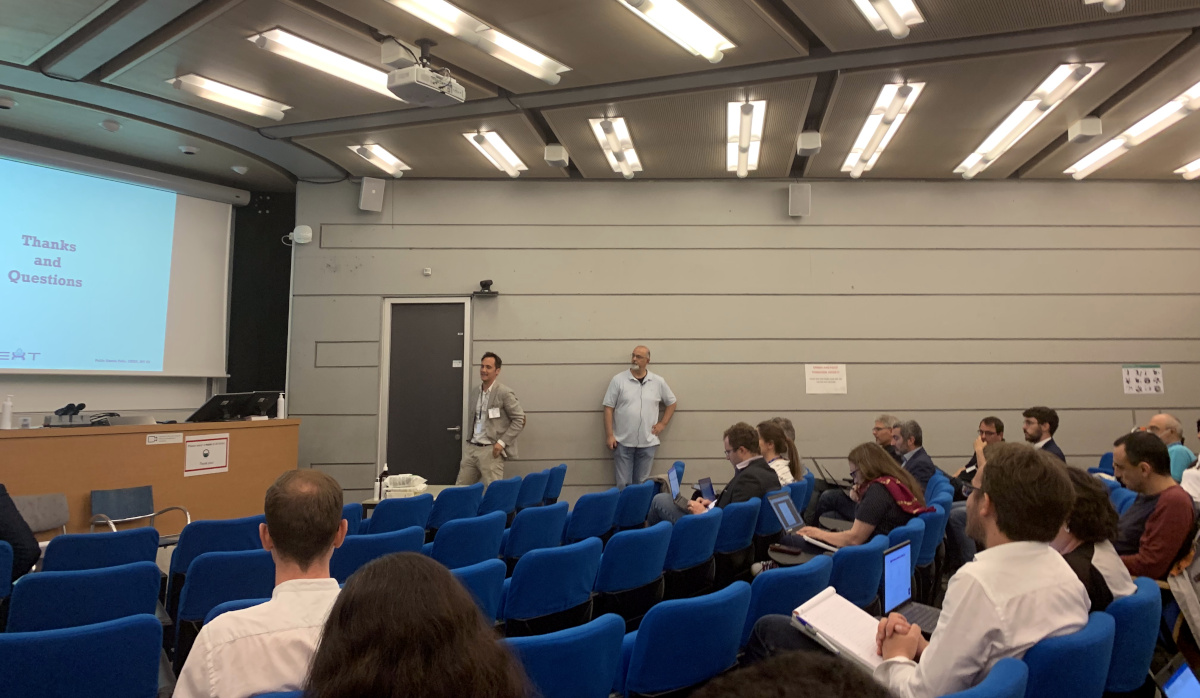 Fig.2.: Discussion about the future of the RADNEXT project with Pablo García Tello from the CERN EU office.

WP6 - Standardization of system-level radiation qualification methodology saw Luigi Dilillo providing an overview about the test activities, presented the PhD students involved and provided details about the first test campaigns that the WP already achieved at PSI and ChipIr (within the RADNEXT network). Then, Andre Mattos and Luis Entrena presented in deeper detail the studies performed through these proton and neutron test campaigns by LIRMM, UC3M and DLR on complex integrated circuits. 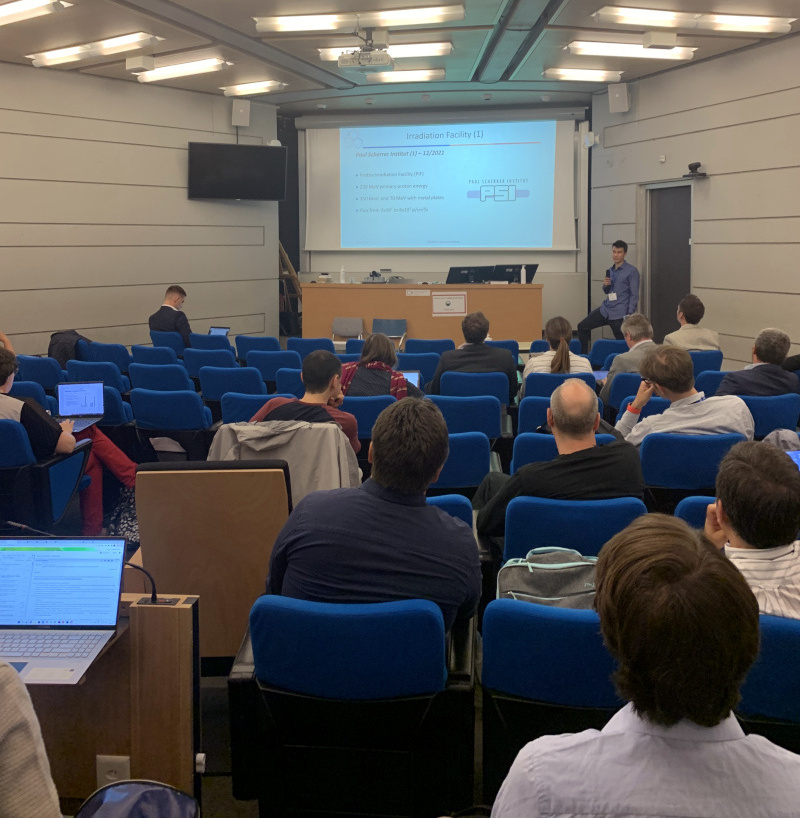 Fig.3.: Andre Mattos presents the results of the test campaigns held at PSI and ChipIr by LIRMM.

WP7 - Cumulative radiation effects on electronics saw Jerome Boch introducing the tasks of the WP and the PhD student involved. Vincent Girones presented the current advancement of the activity related to the comparison between TID testing performed with X-rays as opposed to Co-60 gamma rays. Arnaud Chapon from ATRON also presented the electron/photon facility that they have. Whereas this facility is not included in the RADNEXT TA provision, it can still be used by RADNEXT partners for several uses. 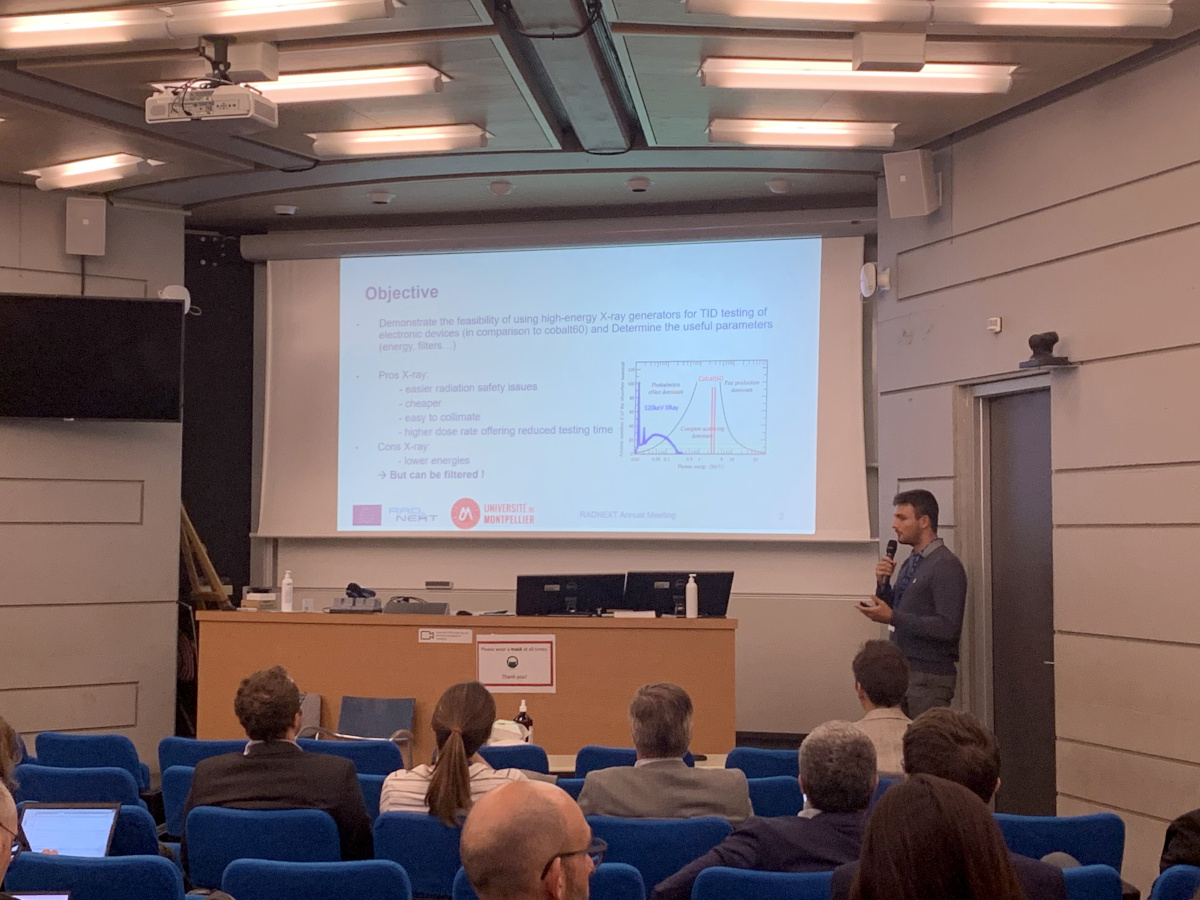 Fig.4.: Vincent Girones presents the results of the test comparison between X-rays and Co-60 gamma rays for TID testing.

WP8 - Complementary modelling tools saw Frédéric Wrobel presenting the tasks related to simulations tools and introduced the PhDs/PostDocs recruited to work on these topics. The main topics currently under investigation dealt with low-energy neutron soft error rate, modelling of Co-60 sources and X-ray generators and circuit-level modelling. Cleiton Marques presented about PredicSEE, a tool that can be used to predict single-event effect response of various types of devices to different particles. 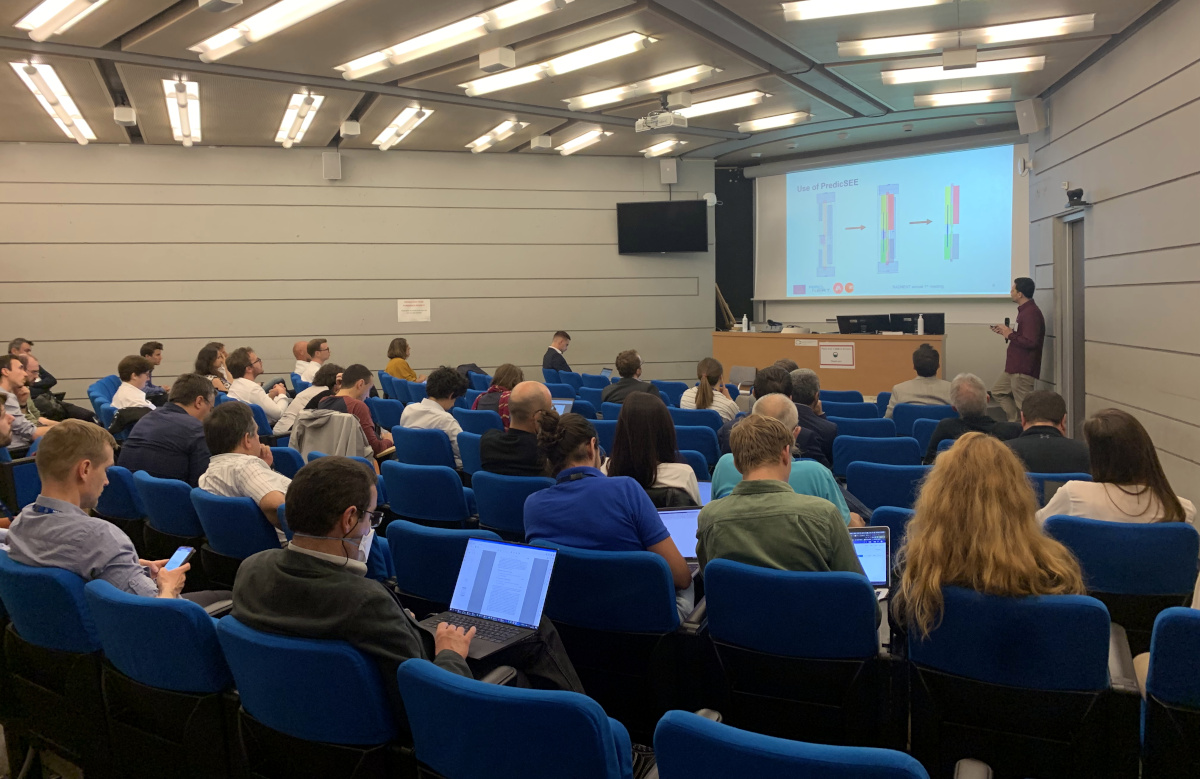 Finally, the agenda went back to the TA WPs that are strictly related to the assessment and assignment of proposals to the facilities in the RADNEXT network. Carlo Cazzaniga presented the status for WP9 - Neutron, muon and mixed-field spallation facilities and irradiations. So far, the TA process went quite smoothly and the WP9 managed to provide a quite large amount of beam time hours to its users despite the existing unbalance among facilities. Françoise Bezerra and Arto Javanainen presented the status for WP10 - Proton, heavy ion and alternative beams and irradiations. So far, WP10 has received many more applications than WP9, in particular concerning heavy ion beams, for which opportunities within RADNEXT remain less common. Overall, it seems that the demand could be satisfied so far, even if with some longer delays than for WP9. Some imbalance among facilities was also evident.

The first day was concluded with a social dinner at Hortus Cafe, not far from the CERN Meyrin site. 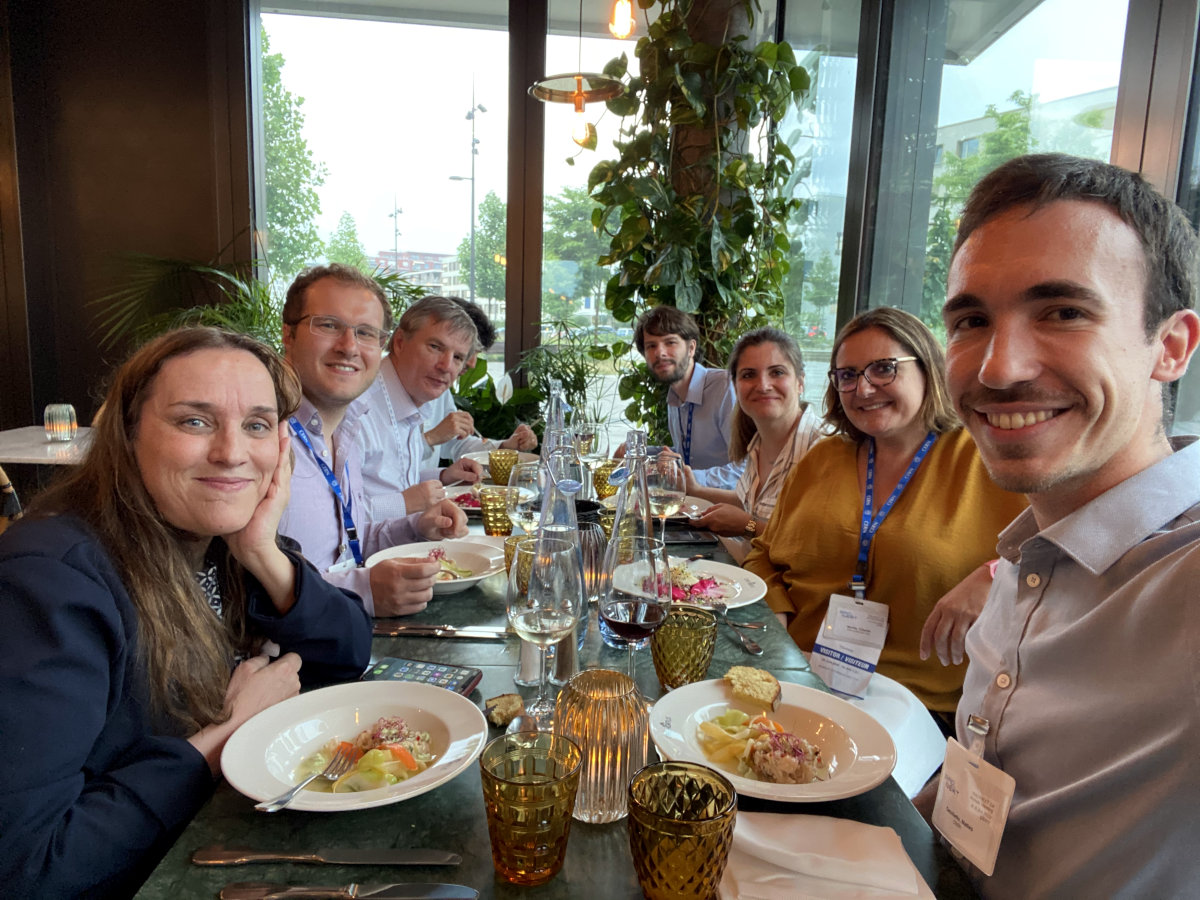 Fig.6.: During social dinner at Hortus Cafe in Meyrin.

On the second day, the spotlight was fully pointed at the facilities that are providing TA access to users applying for beam time to RADNEXT. Other than presenting about completed and pending assignments, the facility scientists in charge also illustrated the financial aid opportunities for users as well as provided direct feedback to the overall TA management about potential criticalities that emerged so far.

The meeting was then closed by Rubén García Alía with some final remarks that emerged as of the intense 2-day meeting and who gave appointment to the RADNEXT partners for the second annual meeting that will be held in 2023 in Seville, Spain.


Meeting agenda and presentations are available on the event's Indico page.