A RADNEXT webinar will be held by the Brookhaven National Laboratory (BNL) / NASA Space Radiation Laboratory (NSRL) on Wednesday, 16 February 2022. Kevin A. Brown will present the event and review the history, current capabilities, and the proposed future capabilities for applied use experiments at BNL. Among the contributors are Sandra Biedron, Mark Palmer, Charles Pearson, Adam Rusek, Michael Sivertz, and Peter Thieberger. 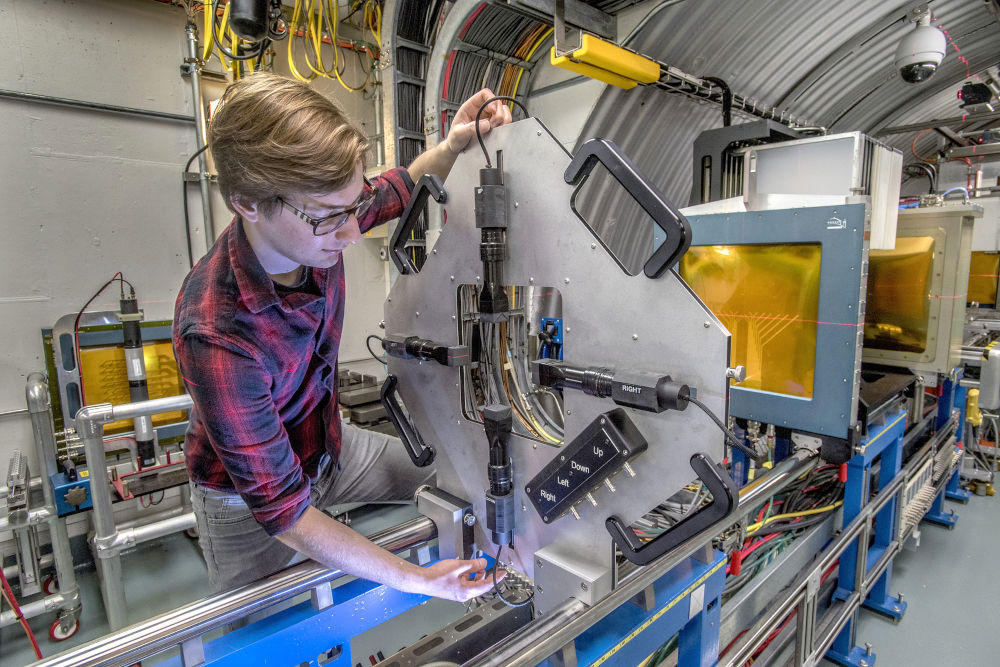 The target table and dosimetry chambers at NSRL, with Trevor Olsen, NSRL operator (Courtesy of BNL/NSRL)

Applied use classes of experiments in the U.S. began in the early 1980s at Sandia National Laboratory, JPL, and the BNL TVDG, studying radiation effects on electronic components. In the early 1990s NASA began high energy radiation effects experiments at the AGS (in the A3 beamline). In the late 1990s a project began to build a new beamline off the AGS Booster for a dedicated NASA facility (NSRL). NSRL was commissioned and began full operations in 2003. NSRL has provided beams of many ions from protons to thorium, ranging in energy from 50 MeV/n to 1500 MeV/n (ion species dependent, protons up to 2500 MeV), and extracted from the AGS Booster with masses and energies that allow simulation of the cosmic ray environment encountered in space. The NSRL facility offers ideal conditions for radiation effects experiments, with precision dosimetry and beam imaging systems, experimental staging facilities with temporary storage, and dedicated support staff. BNLs TVDG continues to support electronics testing providing beams up to 28.5 MeV/amu. Active applications at the BNL TVDG also include calibration of spacecraft instruments, deep ion implantations for the development of the next generation of SiC-based semiconductors, development of enhanced superconductors, membrane irradiations for the fabrication of track-etched filter materials and nuclear cross-section measurements for the optimization of isotope production. 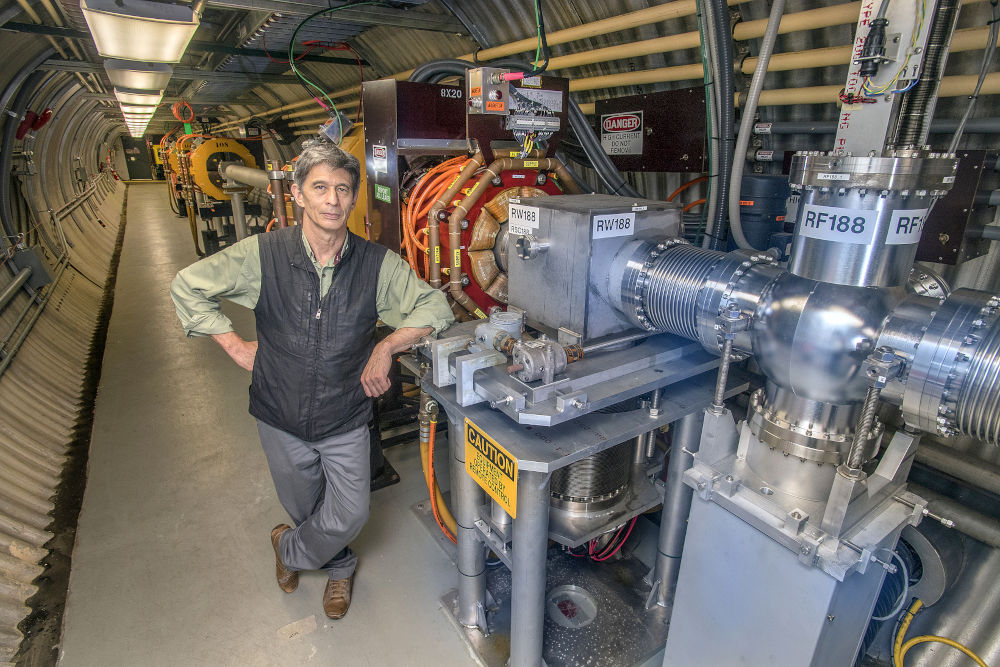 The NSRL beamline, with Adam Rusek standing next to an octupole (Courtesy of BNL/NSRL)

*Work supported by Brookhaven Science Associates, LLC under Contract No. DE-SC0012704 with the U.S. Department of Energy. 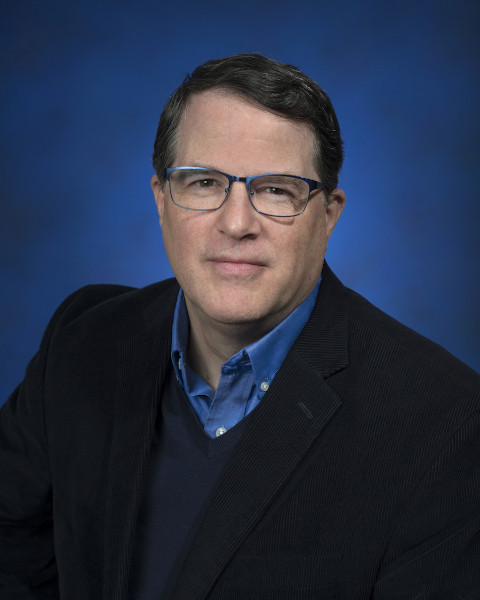 Kevin A. Brown is a Physicist at BNL and an adjunct Professor in the Electrical and Computer Engineering Department at Stony Brook University. Kevin began his career in experimental high-energy spin physics and moved into accelerator physics when BNLs AGS was converted (in the mid-1980s) to provide polarized beams for fixed target spin analyzing power experiments. Kevin was a member of the AGS Accelerator Physics (AP) group for many years where he was a member of the design and commissioning team for the NASA Space Radiation Laboratory (NSRL). He was responsible for the AGS extraction systems for fixed target experiments, including the g-2 experiment when it ran off the AGS. He was part of the Spin dynamics team that designed and commissioned the polarized proton systems for RHIC, and he was a member of the RHIC commissioning team. Kevin continues to work in the BNL Collider-Accelerator department where he has served as the RHIC scheduling physicist and as RHIC run coordinator. He is currently leading the design and development of the proposed BNL HEET facility.

bnl.gov) if you have questions.


More information and registration for the webinar:
https://indico.cern.ch/e/radnext-nsrl 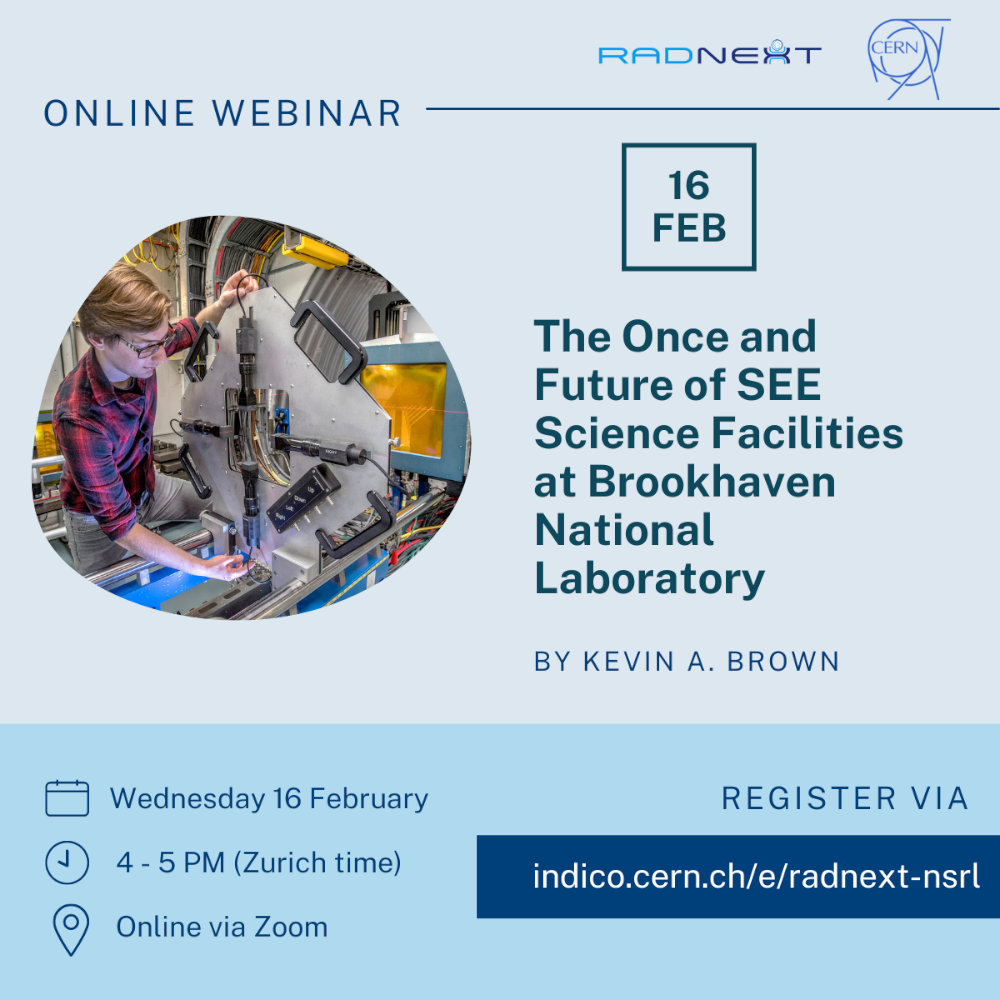